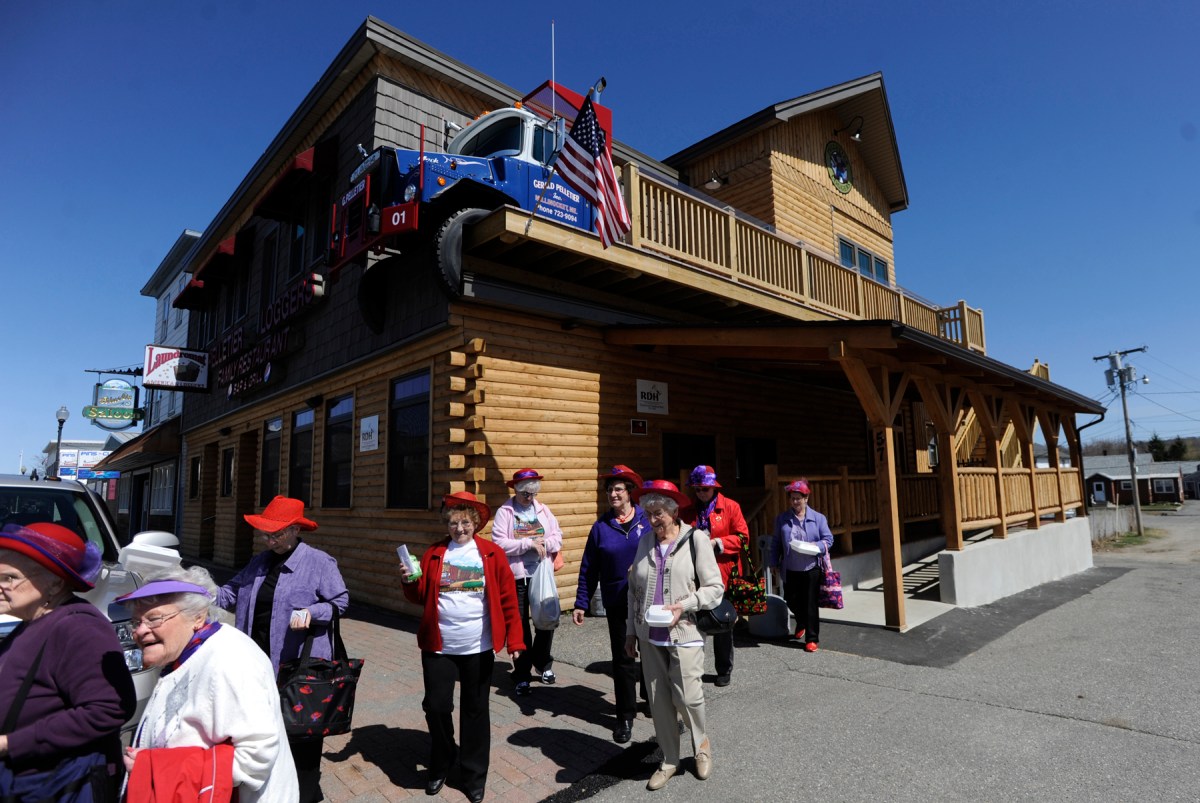 Wabanaki Public Health has purchased the former Pelletier Loggers Family Restaurant Bar and Grill at 57 Penobscot Ave. (pictured in 2010) in Millinocket for a substance use disorder treatment center. The organization has received a federal grant to begin offering services after the first of the year. Credit: John Clarke Russ / BDN

Wabanaki Public Health is buying the former Pelletier Loggers Family Restaurant Bar and Grill in Millinocket to use as a substance use disorder treatment center for members of the four federally recognized tribes in Maine.

The organization also has bought a house in town, not far from the former restaurant at 57 Penobscot Ave., and will convert that into a sober residence that is expected to house between 10 and 15 people in recovery.

Wabanaki Public Health is waiting to hear if it will be awarded grant money from the Health Resources and Services Administration, an agency of the U.S. Department of Health and Human Services, to begin offering services next year, according to Lisa Sockabasin, director of programs and external affairs.

The programs offered in the new facility will be rooted in Maine’s tribal cultures and would take advantage of the center’s proximity to Katahdin. Programming might include Native practices such as smudging, pipe, naming and healing ceremonies and, eventually, the use of a sweat lodge, Sockabasin said.

Medication-assisted treatment also would be available in Millinocket, according to Sockabasin.

“Mount Katahdin is a sacred, spiritual place for us,” she said. “We believe that being near the mountain and incorporating outdoor activities into our treatment programs will help people connect with their tribal culture.”

The organization will need to raise money to renovate the former restaurant.

The treatment center would be the latest facility in Millinocket aimed at helping people in recovery. A community recovery center that connects people with peer support and treatment services as well as a sober home for women opened in the town this year.

The Millinocket Planning Board last month approved a change of use for the former restaurant so that the project may move forward as soon Wabanaki Public Health has closed on it later this month.

The Pelletiers, who starred in the Discovery Channel reality TV show “American Loggers,” which ran from 2009-11 and chronicled the large Franco-American family’s challenges running a logging business in the unforgiving northern Maine woods, opened the restaurant in 2010. It closed in August 2015, with owner Eldon Pelletier citing a lack of traffic downtown as the primary reason.

The building most recently was used for about a year to temporarily house the Millinocket Memorial Library while its permanent space underwent a $1.7 million renovation. Books and other materials were moved in late June back to the library, which is set to reopen later this month.