Millinocket Marathon and Half returns, bringing economic support to the region 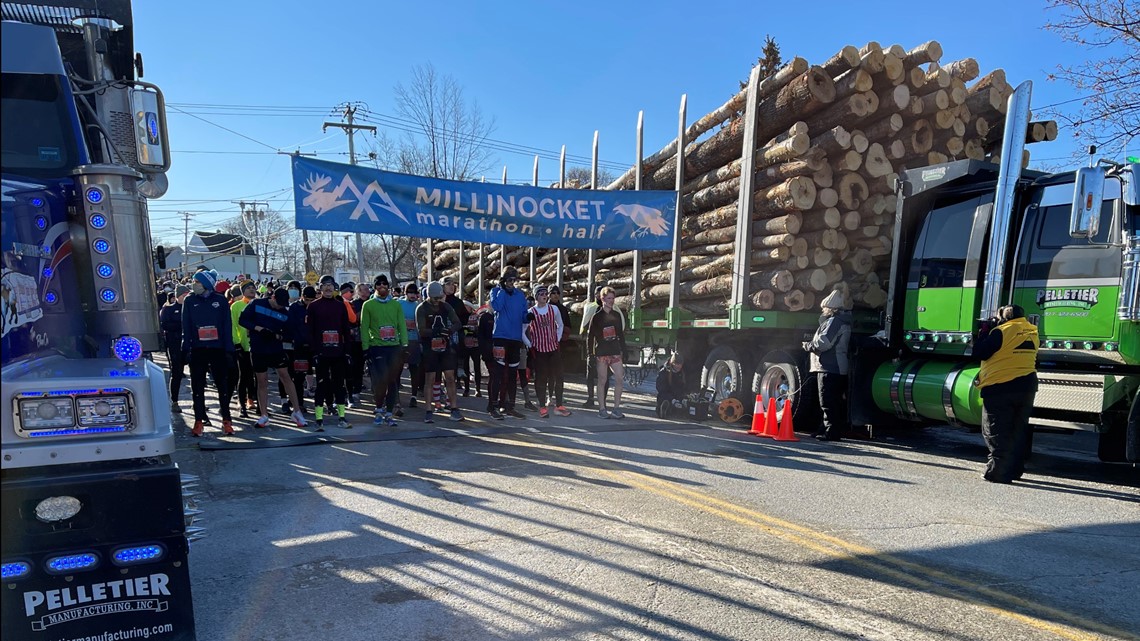 The marathon returned this year after going virtual in 2020 due to the COVID-19 pandemic.

MILLINOCKET, Maine — After going virtual in 2020, the Millinocket Marathon and Half returned this year with an in-person race. Despite the below-freezing temperature in town Saturday, hundreds of runners and spectators took part in the event at Veterans Memorial Park.

The Millinocket Marathon and Half was established in 2015 as a way to bring economic support to the town after the collapse of the region’s paper industry. There was no entry fee for race participants. Runners instead were asked to spend money in Millinocket to support the town.

Taylor Colangelo of Windham said she came to Millinocket to support her sister, who has run the race every year. Colangelo said her family is from the Millinocket area.

“It brings a lot of joy to us as a family who grew up here and we like to bring people here who we care about,” Colangelo said.

Sadie James won 1st place in the women’s division of the half marathon, and tenth overall. She finished the race with a time of 1:27:23.

“I just felt good, it was great weather … a little cold, but the people kept me going,” James said.

Wabanaki Public Health and Wellness is located right next to the start and finish line on Penobscot Ave. The facility opened just a few months ago, but co-CEO Lisa Sockabasin said she was eager to get involved with this event.

“We knew being right here in the heart of Millinocket we had to be involved,” Sockabasin said.

Sockabasin said they provided the center as a place for people to warm up from the cold, or grab flavored teas and homemade granola bars.

“It’s important for us to share our traditions at events like this so that non-native people can know that we’re still here,” Sockbeson said.

Sockabasin said they are already looking forward to being involved next year, and they hope to put a team of half-marathon runners together to represent Wabanaki Public Health and Wellness.